A certain percentage of all deals are bound to end up in some kind of dispute. Sometimes one party or the other didn’t understand the agreement correctly to begin with, other times circumstances change, and the deal no longer works. Before the deal is agreed upon, there is usually a negotiation and when both parties agree, then the deal is made. Afterwards, if there is some disagreement, they may go into what is called arbitration in order to resettle the agreement. That is much more economical than both sides hiring attorneys and going to battle. Here are some clues to how arbitration is done and why it may be the best solution in most cases.

Arbitration Is Cheaper Than Going to Court

There are several reasons why disputes end up in front of an arbitrator instead of going to court. The number one reason is because an astute attorney put the requirement of using arbitration in the original agreement if any conflicts arose. This is usually a good move and will save both sides money. The third-party arbitrator will sometimes already be chosen, or at least the arbitration firm, and entered into the original contract as well.

The arbitrator will listen to each side in the conflict, then read the original agreement carefully before passing judgment in the case. It is quite common for both sides to have to give a little in the final agreement, rather than having a clear winner and total loser. The decision is usually final and must be abided by both sides as per the contract that each signed before entering into the deal or just before entering arbitration.

There Are Many Kinds of Arbitration In Different Industries

Sometimes a married couple that has decided to split will choose to enter arbitration rather than pay expensive attorneys. This can save each side many thousands of dollars as long as they agree to follow what has been decided by the arbitrator. The key for most divorces in many states is that the basic division of property, bills, child support, and child visitation is already laid out by the state. All the attorneys do is follow the basic outline in the state you’re in and then collect large fees.

If one or the other attorney can get the two parties into a dispute over some small item, they can collect huge fees by the hour worth far more that what the argument was originally about. An arbitrator, on the other hand, will lay out the basics for the two parties to follow and only step in when necessary. Since the arbitrator is an independent third party, they don’t stand anything to gain by stirring up trouble between the two parties.

There are hundreds of other examples of where going to an arbitrator is a good idea that saves a lot of money and keeps the two parties in a conflict from escalating. If you have a dispute or conflict that you’d like to take to arbitration, you can get a consultation for a reasonable price, or sometimes for free, and then split the much lower cost with the other party and get things settled quickly. Since many times during an arbitration, the courts are not directly involved, there won’t be a long wait for a meeting and a solution either.

Jay Young is a Las Vegas, Nevada attorney. His practice focuses on business law, business litigation, and acting as an Arbitrator and Mediator. 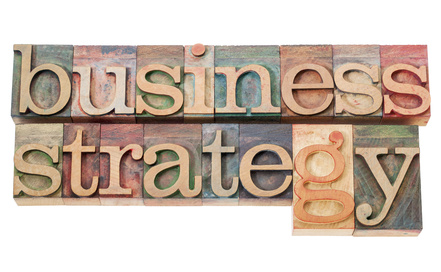